I had lots of questions and concerns raised when I posted my hair mineral analysis test a short time back. In fact some people were scared for my life due to the super high arsenic levels. So I figured I would address those concerns a bit more here.

Arsenic and many of its compounds are especially potent poisons. Many water supplies close to mines are contaminated by these poisons. Arsenic disrupts ATP production through several mechanisms. At the level of the citric acid cycle, arsenic inhibits lipoic acid, which is a cofactor for pyruvate dehydrogenase; and by competing with phosphate it uncouples oxidative phosphorylation, thus inhibiting energy-linked reduction of NAD+, mitochondrial respiration and ATP synthesis. Hydrogen peroxide production is also increased, which, it is speculated, has potential to form reactive oxygen species and oxidative stress. These metabolic interferences lead to death from multi-system organ failure, it is presumed from necrotic cell death, not apoptosis. A post mortem reveals brick-red-coloured mucosa, owing to severe haemorrhage. Although arsenic causes toxicity, it can also play a protective role. From wikipedia.

What caused this high arsenic level?

Unfortunately I’m not sure on this question. There are two options.

1) My body actually has accumulated a lot of arsenic at some point.
2) The sample was somehow contaminated. 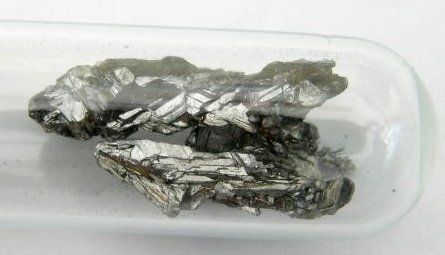 Since I have zero of these symptoms, and in general am completely healthy, I’m leaning toward option two. However that doesn’t mean I’m not doing anything about it.

So where might it have come from? Again I’m not sure.

Sometimes water is contaminated. I suppose I could have my sources checked. But having moved around much in the past year my sources have often changed.

Recently in the news lots has been made of high arsenic levels in juices. Besides using some apple juice for certain cleanses (when I couldn’t freshly juice my own) I don’t drink juice. So this couldn’t be it.

Perhaps I just somehow got arsenic in my hair that day? The truth is I don’t know where it came from but I can move onto the next step and see what can be done about it.

What can be done to remove Arsenic?

There are some really great chelating natural foods like chlorella and cilantro. I’ve heard many times from many sources these remove heavy metals. But arsenic is not a heavy metal or is it? Technically it’s classed as a metalloid, something that has metal and non-metal characteristics. And with some more research I found that these foods do seem to be not just heavy metal removers but metalloid removers too.

It also appears that garlic specifically scavenges arsenic from the blood.

The good news is these are foods I use some-what regularly and plan take even more now.

After doing this for awhile I’ll get another hair mineral analysis and see what the changes may be.